KYIV, May 31 (Reuters) – Ukrainian forces were holding out in Sievierodonetsk on Tuesday, resisting Russia’s all-out assault to capture a bombed-out wasteland that Moscow has made the principal objective of its invasion in recent days. 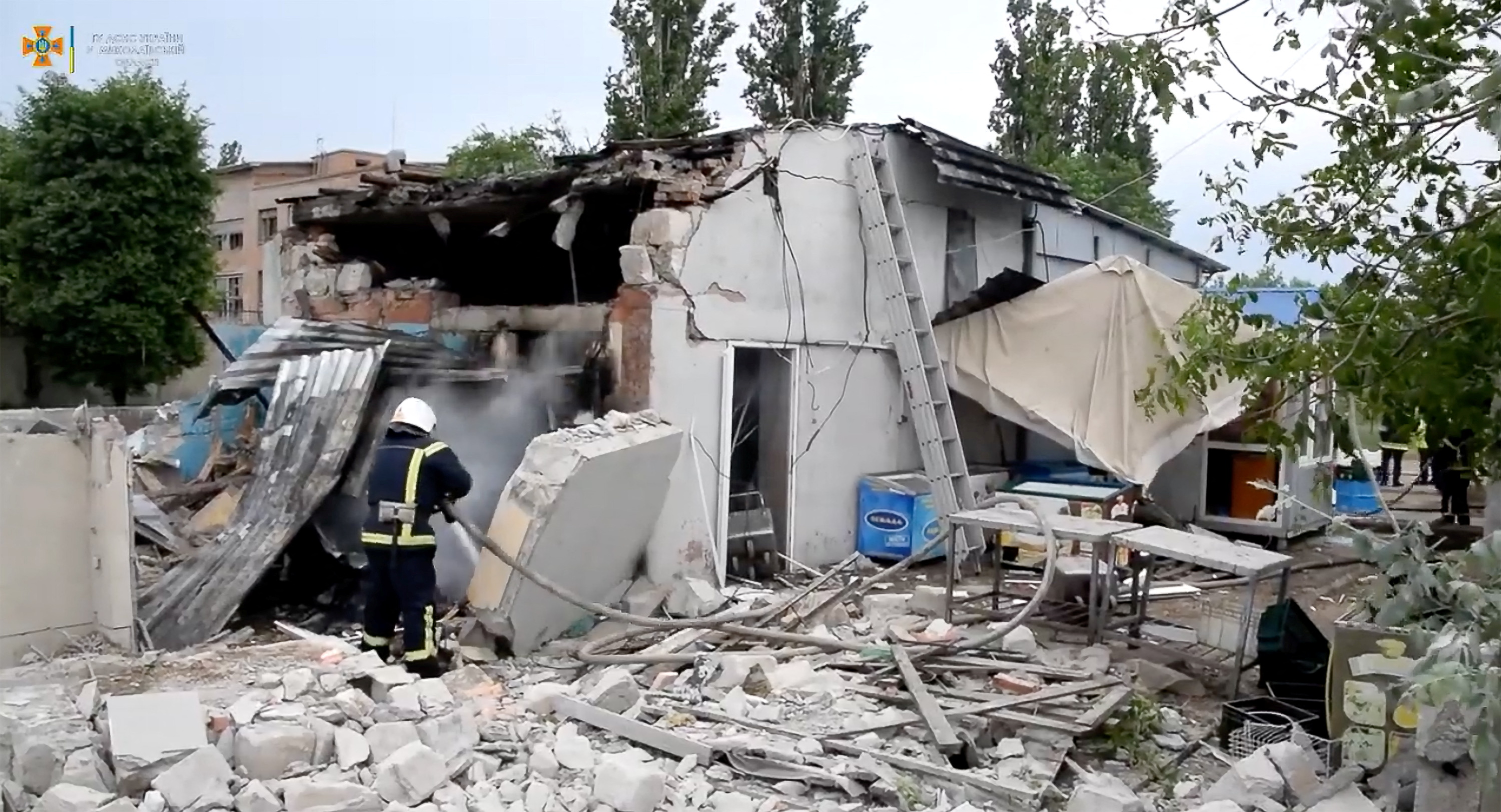 Original article on Reuters by By Pavel Polityuk and Max Hunder

Both sides said Russian forces now controlled between a third and half of the city. Russia’s separatist proxies acknowledged that capturing it was taking longer than hoped, despite one of the biggest ground assaults of the war.

Western military analysts say Moscow has drained manpower and firepower from across the rest of the front to concentrate on Sievierodonetsk, hoping a massive offensive on the small industrial city will achieve one of its stated aims, to secure surrounding Luhansk province for separatist proxies.

“We can say already that a third of Sievierodonetsk is already under our control,” Russia’s TASS state news agency quoted Leonid Pasechnik, the leader of the pro-Moscow Luhansk People’s Republic, as saying.

Fighting was raging in the city, but Russian forces were not advancing as rapidly as might have been hoped, he said, claiming that pro-Moscow forces wanted to “maintain the city’s infrastructure” and moving slowly because of caution around chemical factories.

The Ukrainian head of the city administration, Oleksandr Stryuk, said the Russians now controlled half of the city.

“Unfortunately … the city has been split in half. But at the same time the city still defends itself. It is still Ukrainian,” he said, advising those still trapped inside to stay in cellars.

Ukraine says Russia has destroyed all of the city’s critical infrastructure with unrelenting bombardment, followed by wave after wave of mass ground assault involving huge numbers of casualties.

Gaidai said there did not appear to be a risk of Ukrainian forces being encircled, though they could ultimately be forced to retreat across the Siverskiy Donets river to Lysychansk, the twin city on the opposite bank.

Jan Egeland, secretary general of the Norwegian Refugee Council aid agency which had long operated out of Sievierodonetsk, said he was “horrified” by its destruction.

“We fear that up to 12,000 civilians remain caught in crossfire in the city, without sufficient access to water, food, medicine or electricity. The near-constant bombardment is forcing civilians to seek refuge in bomb shelters and basements, with only few precious opportunities for those trying to escape.”

Elsewhere on the battlefield, there were few reports of major shifts. In the east, Ukraine says Moscow is trying to assault other areas along the main front, regrouping to press towards the city of Solviansk. In the south, Ukraine claimed in recent days to have pushed back Russian forces on a bank of the Inhulets River, a border of Russian-held Kherson province. 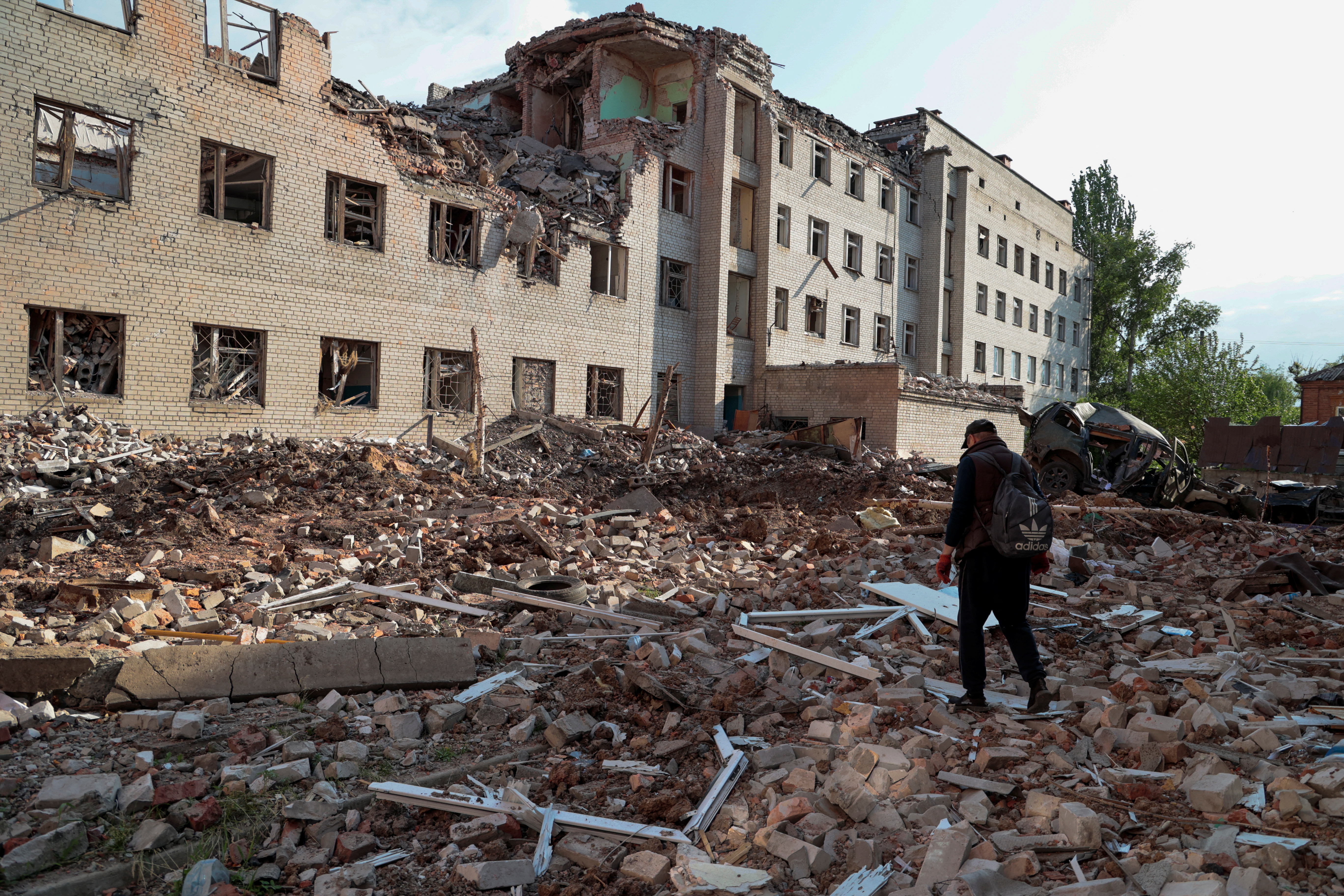 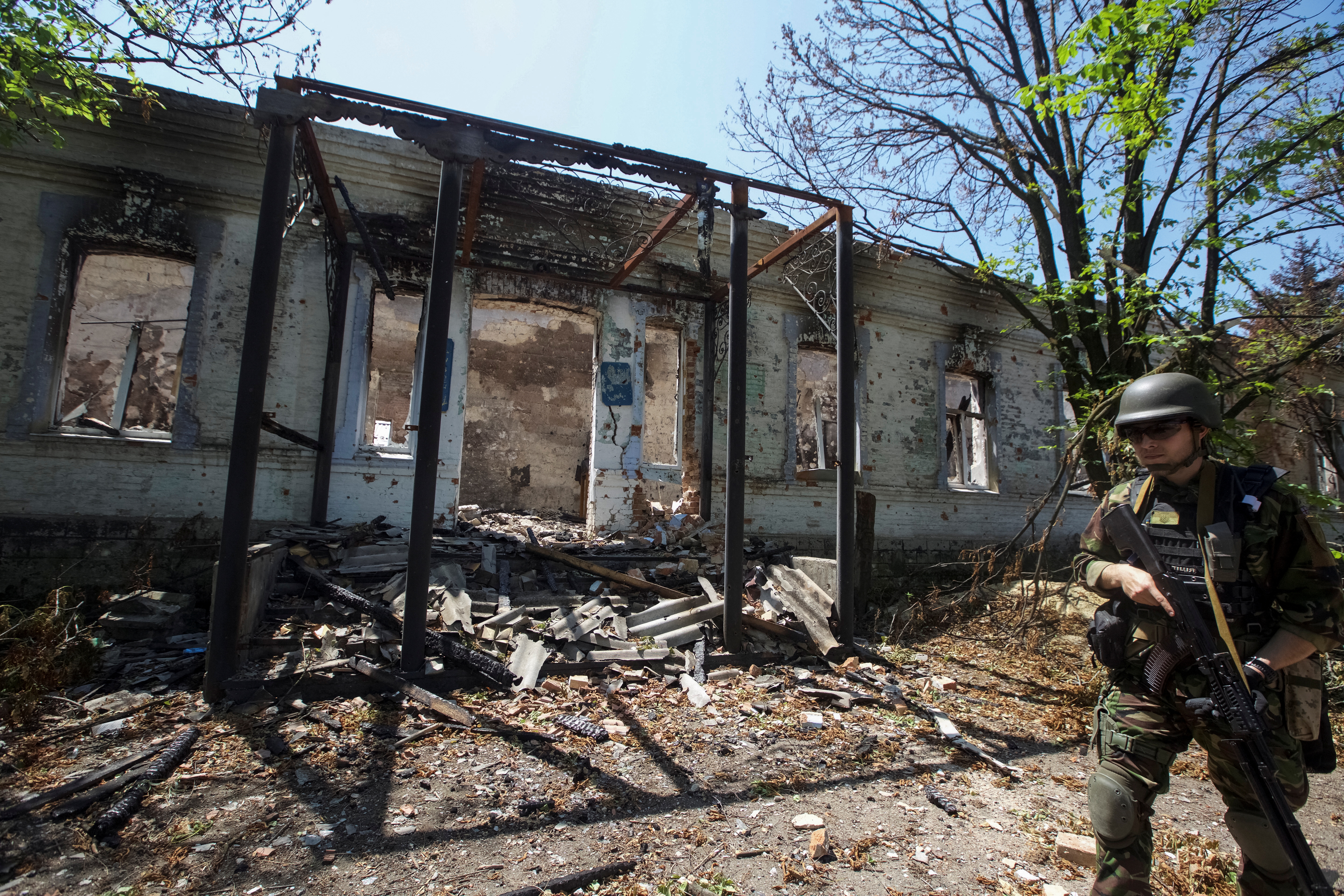 After having failed to capture Kyiv, been driven out of northern Ukraine and made only limited progress elsewhere in the east, Moscow has concentrated its might on Sievierodonetsk, which had a pre-war population of around 110,000.

Victory there and across the river in Lysychansk would bring full control of Luhansk, one of two eastern province Moscow claims on behalf of separatist proxies.

But the huge battle has come at a massive cost, which some Western military experts say could hurt Russia’s ability to fend off counterattacks.

“Putin is now hurling men and munitions” at Sievierodonetsk, “as if taking it would win the war for the Kremlin. He is wrong,” the Washington-based Institute for the Study of War think tank wrote this week.

“When the Battle of Severodonetsk ends, regardless of which side holds the city, the Russian offensive at the operational and strategic levels will likely have culminated, giving Ukraine the chance to restart its operational-level counteroffensives to push Russian forces back.”

Overnight, the EU agreed its toughest sanctions against Russia since the war began, for the first time targeting Russian sales of energy, Moscow’s main source of income.

The EU will now ban import of Russian oil by sea. Officials said that would halt two-thirds of Russia’s oil exports to Europe at first, and 90% by the end of this year as Germany and Poland also phase out imports by pipeline.

But Hungary, which relies on Russian oil through a huge Soviet-era pipeline, secured an exemption.

Ukraine says the sanctions are taking too long and are still too full of holes to stop Russia: “If you ask me, I would say far too slow, far too late and definitely not enough,” said Ihor Zhovkva, deputy head of President Volodymyr Zelenskiy’s office.

Nevertheless, the foreign ministry welcomed the new EU package and said the oil restrictions would cost Moscow of tens of billions of dollars.

Moscow, meanwhile, has switched off gas supplies to several EU countries in a dispute over how to receive payments, although the moves so far, during warm months when demand is lower, have yet to have the severest impact. On Tuesday, Russia switched off the main Dutch gas buyer, GasTerra, which said it would find supplies elsewhere.

Putin launched his invasion of Ukraine in February claiming Moscow aimed to disarm and “denazify” its neighbour. Ukraine and its Western allies call this a baseless pretext for a war to seize territory.

Ukraine accuses Moscow of war crimes on a huge scale, flattening cities with artillery, and killing and raping civilians in areas it occupied. Russia denies targeting civilians and says accusations have been faked.

In the second war crimes trial to be held in Ukraine, two Russian soldiers were sentenced on Tuesday to 11 1/2 years prison after pleading guilty to shelling civilian targets. Ukraine’s top prosecutor said Kyiv has identified more than 600 Russian war crime suspects and started prosecuting around 80.

As an independent, donations help us keep going. Support us if you value our coverage and would like to see more. Thank you.